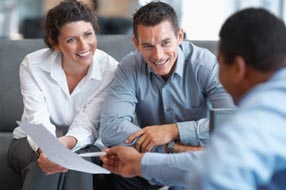 The area representative is unique in the franchise system. They are the person the salesperson for the franchise and generally make a commission off of each franchise they sell. They answer questions, provide support for the franchisees and may have other responsibilities. In many cases they will also pay a fee to the franchisor just like the master franchisee for the opportunity to develop an area. They will usually be giving a specific number of units that that need to be sold for said area.